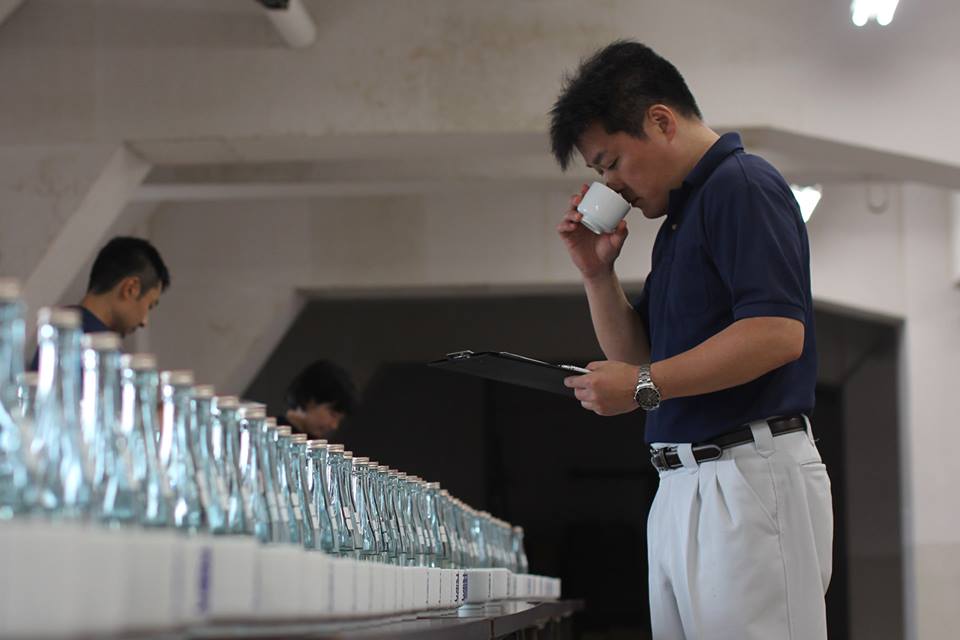 The annual company event “Hatsu-Nomikiri” was held on July 24th!

“Hatsu-Nomikiri” is an unique event of brewery and we evaluate the quality and degree of maturation of all sake which was brewed in last winter and stored in the tank.

On that day, 216 bottles brewed from head office brewery and 119 bottles brewed from Goshono brewery were evaluated. The number of tanks storing sake are 107 (Head office: 87, Goshono: 20), increased 11 more than last year. It seems like we get drunk because of so many sake to taste, but we evaluated (drunk) all seriously. Especially Toji of head office brewery, Tadashi Kikuchi, confirmed every taste most seriously since this brewing year is the first year for him as Toji.

“Koji-making and management were harder than ordinary year because raw material rice was insoluble this year. That is probably due to its hardness. I keenly realized that the quality of raw material rice which differs year after year has a big influence on sake brewing. I was concerned that sake quality of this year became too crispy until today’s Hatsu-Nomikiri, however, it was smoother and fuller-bodied than I expected.” said Mr. Kikuchi with his relieved expression.

Our sake of this year also becomes excellent quality. We are looking forward to delivering our vaunted sake to you!

【Akita Sake Cafe will be back in Tokyo!】