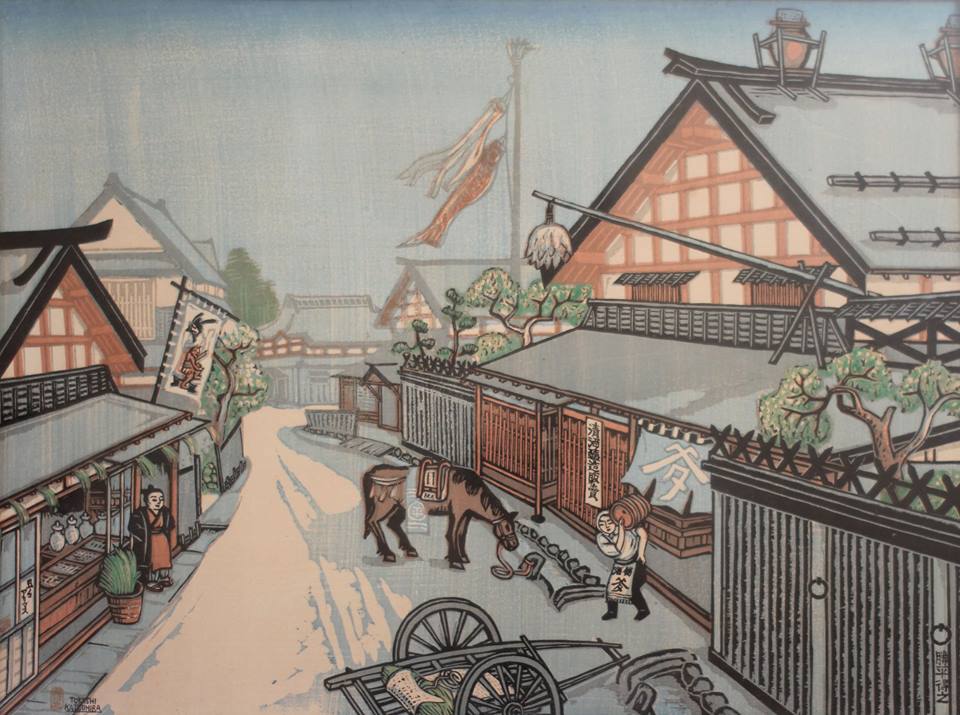 Takashimizu history began in 1944 after merging of 12 small breweries during World War Ⅱ. In this column, we will trace the history of 12 breweries which are the foundation of current Takashimizu one by one.

We will introduce “Kokusui” this time. “Kokusui” history goes back to 1837. They launched their sake brewing business at current Tegata-shin sakae machi, Akita city, and then moved to current Tegata-tanaka, Akita city during the Meiji era (1868-1912). Since its founding, they had brewed and developed their sake under the brand name “Kokusui”.
After that, they started using new brand “Aki-Minori” and under this brand, they entered in each sake competition and won the several prizes, and built their brand gradually. Mainly in Akita city, their sake had received a good evaluation and had been loved by lots of people.

The title of following print is “City in May” drawn by Katsuhira Tokushi (1904-1970), who is the woodblock artist of Akita. This work was drawn at 1935 and shows the atmosphere of a city around the brewery of “Kokusui”. Sky, the city scenery of May, and sugidama (the cedar ball) hanging under the eaves are beautifully matched.

From this print, we can feel that since old time, sake has been loved by local people same as now.