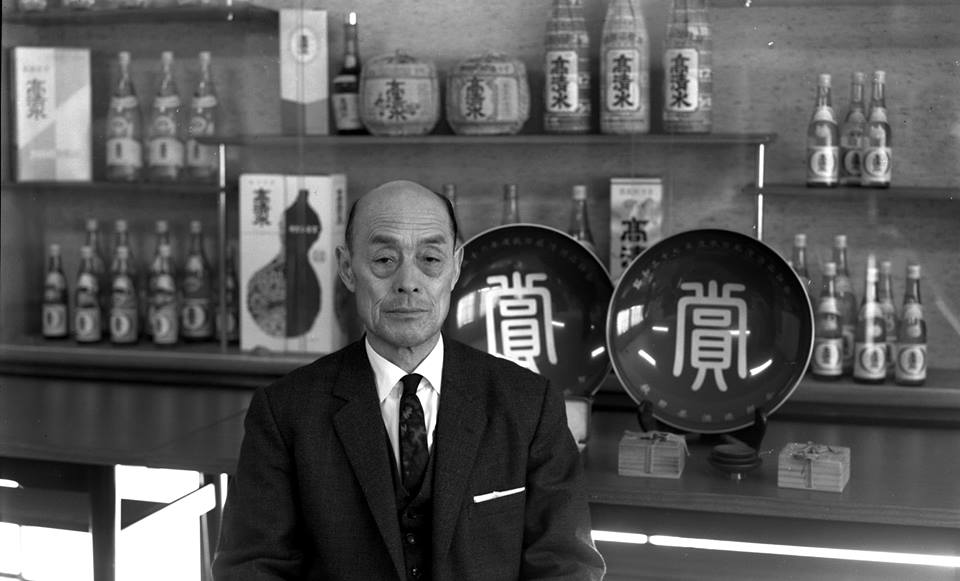 Do you know what kind of works “Toji” does?

Toji is the leader of brewers and the chief person responsible for entire fields. Not only sake brewing technique but also the control, management, and judgement ability are required and well-balanced combination of the affection for sake and the ability of commanding the organization are also necessary for him. In this column, we introduce our successive Toji who has supported the quality of Takashimizu sake one by one.

Momoji Tsuruta had worked as the first Toji for 30 years since the time of foundation of our company in 1944. He was born in 1899 in the current San-nai area of Yokote-city. San-nai area is the hometown of San-nai Toji who has supported Akita’s sake development for a long time. Even though it is a small mountain village of which the population is less than 5,000, a lot of Toji has been produced and their skills are one of the greatest brewing skills in Tohoku district.

In 1916, Tsuruta started training for sake brewing and assumed the first Toji and chief production engineer at the same time when our company was established in 1944. He became great Toji as the phrase “Takashimizu has Tsuruta.” In 1964, he received “Person of the Cultural Merit of Akita Prefecture”. After that, he received both “Award of the Minister of Labor” and “the Fifth Order of the Sacred Treasure” as “the First Great Craftsmen in the Present World.”

Tsuruta expressed the attitude as Toji as follows. “First of all, efforts and harmony among people. Secondly, sake brewing needs rice polishing and to keep the brewery clean. Thirdly, security is the greatest enemy. Fourthly, as our work is business, we have to make profitable sake.”
There is a phrase “sake resembles the person who brews”, and in those days, Takashimizu was said to be “moderate and clean sake” same as Tsuruta’s character.