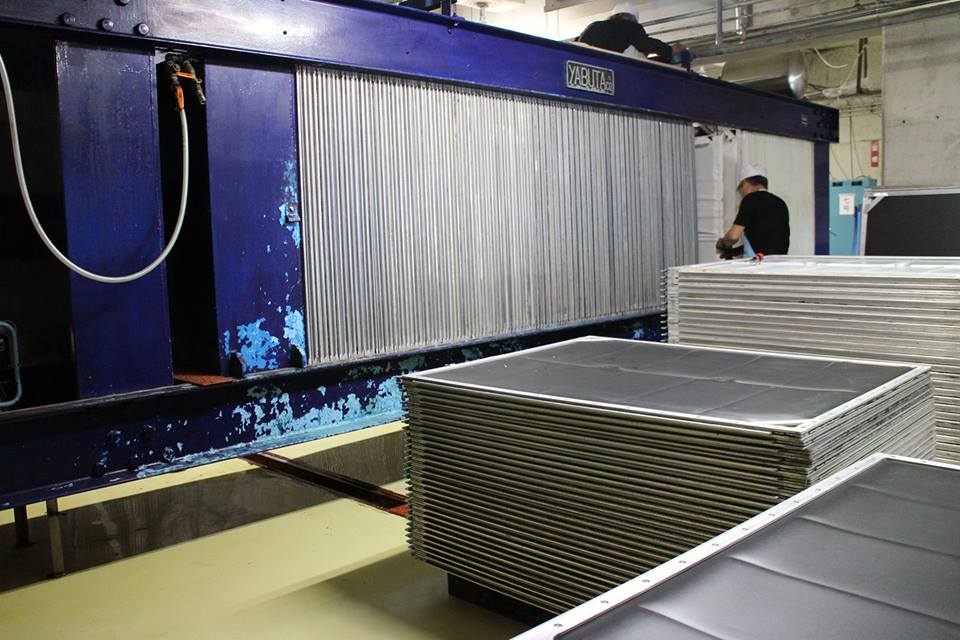 In our main brewery, all brewed sake was pressed and brewers have started cleaning up the pressing room, which is their final work in this brewing year. Through this brewing season, which is from last October to May, we brewed 216 tanks of sake in total combining small and big tanks, and this is equal to about 2.4 million bottles of sake if converting into 1.8 liters size of sake bottle!  Even if one person drinks one bottle per day, it takes more than 6,000 years to finish up all of sake!

All brewers of main brewery are seasonal workers from Sannai district in Yokote city and work for only winter season which is the main period for sake brewing. During summer time, they have own main works in their hometowns. Some of them have already returned to Sannai district for their main works; however, several brewers still stay in the brewery to finish this cleaning. After finishing this work, they also return to their home, and in next September, all brewers gather at Takashimizu again to start our new brewery season. We will introduce their various main works later!